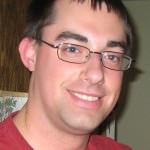 Mike has been a long-time geek. He started with using an Apple ][e. Later, he used to have to reinstall Windows many, many times on his dad’s computer in order to fix something he messed up. He originally went to college for networking, but also took the programming track (at the same time) under the guidance of his parents. Mike now prefers to program computers than fix them. He has been programming in RPG on the IBM midrange computers since 2000. He has written several web applications using ASP.NET MVC and has used other languages including Java, C# and PHP.

Besides computers, Mike enjoys time with his wife and two children. He also enjoys role-playing games with his friends, wilderness camping, canoeing and fishing with his father and “modern” camping with his family and in-laws.